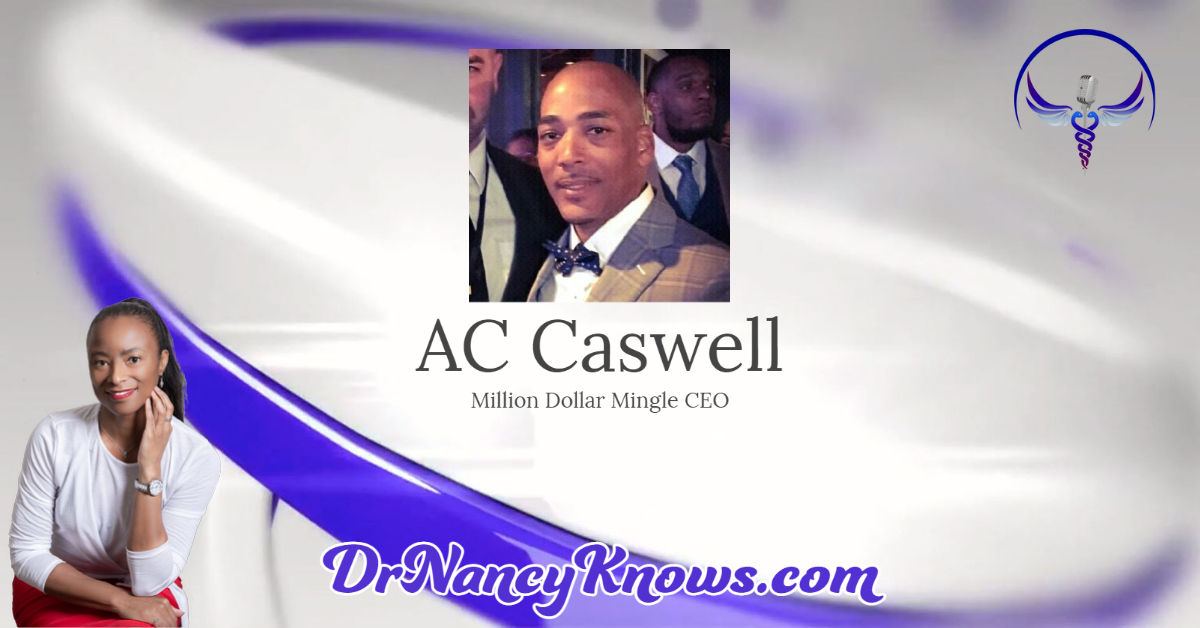 AC Caswell is the co-founder and CEO of Million Dollar Mingle, Future Pro Gear and Lavxurious Magazine. Caswell says, “You can come above your situation…rise above all the doubters and naysayers”.

AC spent five consecutive seasons as a NFL Player with the Oakland Raiders but attributes an amazing mother and non-profits such as the Boys & Girls Club and YMCA for mentoring his direction during his early life in south central Los Angeles. He describes himself as “one of those kids” who was blessed by non-profit charities. Those organizations allowed him to be a “kid” and to look to mentors who supported his dream to stick with sports. When reflecting on his youth AC reveals that he heard “You’re too small. You’ll never make it.” from well meaning but misdirected adults.

During his playing days with the Raiders, AC shares that Raiders owner Al Davis was a player’s owner. “He taught us.” Davis inspired by voicing “Don’t be afraid to compete. Be big. Be bold. Be successful.” Al Davis was a mentor and a marketer who tried to prepare his players for their future after football.

Million Dollar Mingle (MDM) raises money for lesser known non-profit charitable causes through networking and bringing together celebrities, professional athletes, TV / film stars, media, entertainers and corporate executives. The currently philanthropic focus is with the “But You Don’t Look Sick Foundation” whose work inspires and empowers people with chronic conditions such as childhood cancer. MDM’s goal is to raise funds and shine a light on local charities as affluent individuals come together to network and support the philanthropy community.

AC has a deeply rooted passion to give back. As a serial entrepreneur and philanthropist, AC is a strong supporter of many non-profit organizations including the Boys and Girls Clubs, Rise and Dream Foundation, ChildHelp and AIM (Athletes International Ministry) to name a few.  His moral character is evident in the volunteer work he does throughout the community and the leadership he demonstrates in all aspects of his life.

“Look at yourself in the mirror and say Why do I do what I do?” exhorts Caswell. “We all can make a difference in life.” AC Caswell is proof you can rise above. Since retiring from sports, AC Caswell and family have made the Arizona valley home.