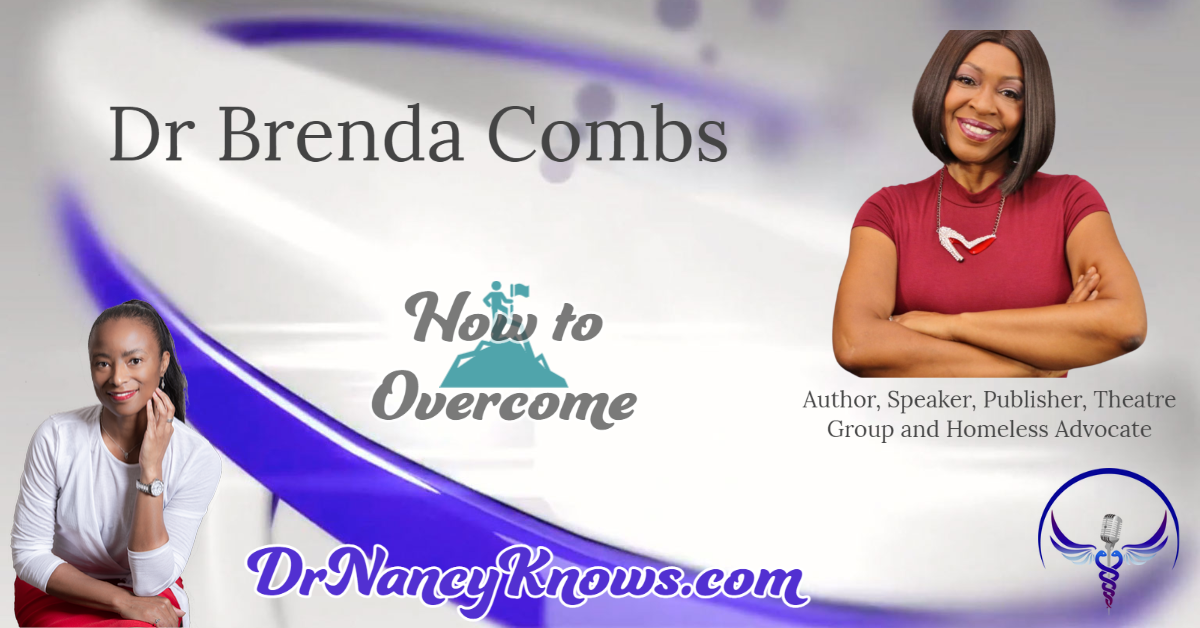 Brenda grew up in a middle-class family, but fell into a bad crowd, began using drugs and dropped out of school.

During her darkest days on the streets, she endured unspeakable trauma, including being beaten, shot, stabbed, raped and burned with cigarettes.  It took hitting rock bottom for Brenda to find the strength to turn her life around, praying and seeking forgiveness and help.

Brenda set her sights on education.  As a single mother of her son, Mycole, who suffered a massive stroke at birth, she juggled three jobs while earning her B.S., M.Ed, and Ed.D.

As an overcomer, Brenda’s life work focuses on empowering others. As an author, publisher, Event Speaker and Theatre Group Producer she provides opportunity for others to find their voice. Dr Brenda has founded MTB. MTB is a drug and alcohol-free living environment for women. Our purpose is to Make Things Better for each man and woman who enters our home. We provide shoes, food, care items and resources to homeless brothers and sisters.

Introduce Dr Nancy to your friends, colleagues and family