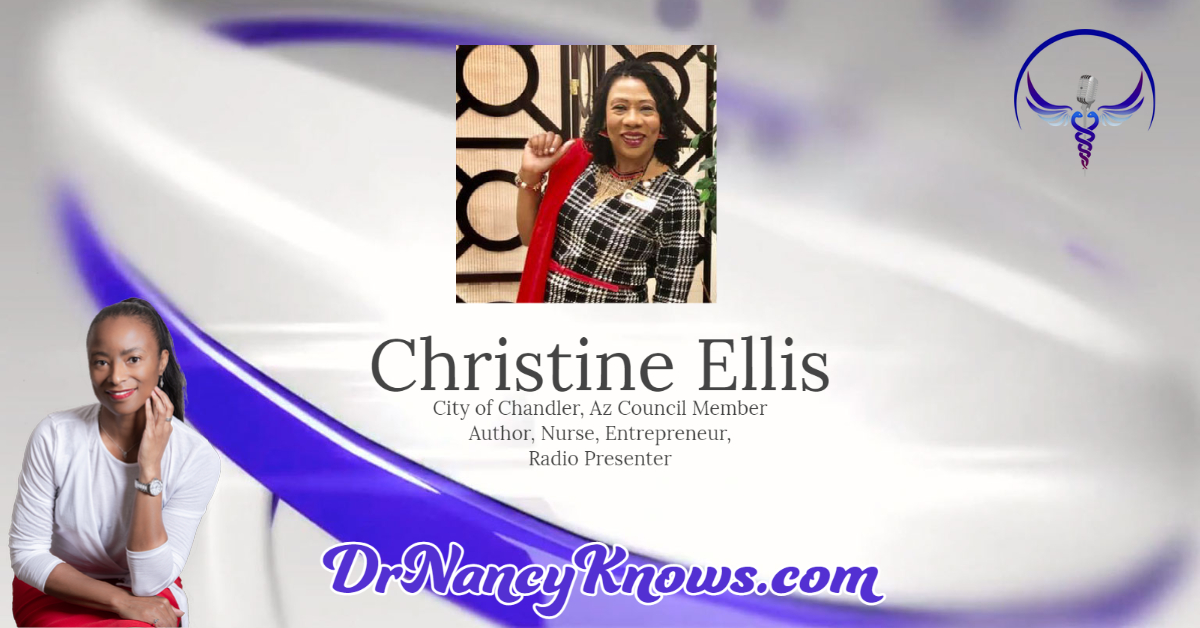 Christine Talendier Desjardins Ellis was born in Tiburon, Haiti, and at the age of seventeen, she immigrated to the United States where her father had been living. After four years of education in New York, she met her husband Benjamin Joseph Ellis in Houston, Texas, got married in New York, and moved to Arizona. They have been married for 32 years. She is the proud mother of two children, Sean and Taliah.

Her passion—and mission—has always been to take care of the elderly and those in need. Christine T. D. Ellis (BSN) is a registered nurse, serving the community with over thirty years of elder care experience. Nineteen years ago, she saw the vision for her own company and founded Cedar Sanctuary LLC, realizing that families needed an alternative to the “mass-care” approach in caring for their loved ones. Her tenacity and no-nonsense approach to residential care has earned her the reputation of a “captain who runs a tight ship” to all the employees of many different nations who have come to work for her. She sold the company in 2015.

Prior to establishing Cedars Sanctuary, Christine worked as an RN for many large established hospitals and care facilities, holding many high-level positions, such as Director of Nursing in the Phoenix-Metropolitan area.

But her focus has been primarily assisted living homes, and Christine has devoted countless hours in advocating for improvements in the industry through education and action. She has received appointments by the Governor to serve on many different boards representing assisted living homes. Her life-long goal is to serve her community with the idea of developing the next generation of caregivers with attention to the spirit, soul, and body. She taught medical assistant and certified nursing assistant classes for many years in Arizona’s community colleges.

Whether in Arizona and around the world, where she travels to minister, Christine always takes the time to educate others about serving and giving. She has received many recognitions and awards for her service, including a AHASE award “For service and dedication to the Haitian community” which complements the Changing Lives Community Service award and Woman In Business award presented by the Life Changer Community Center, formerly known as Living By The Word Family Church. She was recognized with the Overcomer Award by the First Haitian Community Ministry Church in 2017.

Because of her deep Haitian roots, Christine co-founded the Haitian Disaster Relief of Arizona organization following the 2010 catastrophic magnitude 7.0 M Haitian earthquake. Christine worked/collaborated with JPH/HRO, the organization founded by Sean Penn to help the earthquake victims of her native country and and helped with many other organizations, including the foundation of an orphanage in Haiti. She has been acknowledged with a nomination as “one of the top 10 most inspirational woman in Arizona” for her dedication to people in need by The Arizona Republic in 2011.

In addition to the years of caring for the elderly, she was also inspired and directed to pursue another passion: feeding the needy/homeless. She has been part of the foundation of the Foothills Community Services/The Bridge Ministry for over 17 years which helps feed the local homeless population and provides for their spiritual needs, partnering with countless other ministries in Arizona.

Ever seeking new ways to help the less fortunate, Christine co-founded the Oppression Healing Ministry in Chandler, Arizona and serves as co-chair with HACSED (Haitian American Center for Social Economic Development), an organization dedicated to the betterment of the Haitian community in Arizona. In the City of Chandler, Arizona, as an involved citizen and community leader, Christine currently serves on many committees in the Mayor’s organization “ For Our City” also known as FOC.

An apostle/evangelist/pastor/honorary doctor of divinity, Christine has found many platforms on which to share the good news. She is a teacher, a published author, and currently a broadcast personality on The Holy Spirit Network; her show H.A.U.N.T.E.D (Holy Spirit Anoint Us Now To Enter The Divine) is viewed or listened to by 50 million people in 187 countries and the numbers continue to grow.

No matter what the need, Christine cannot stop herself from getting involved and making a difference. When she believes in a good cause, she is the “make-it-happen lady.”