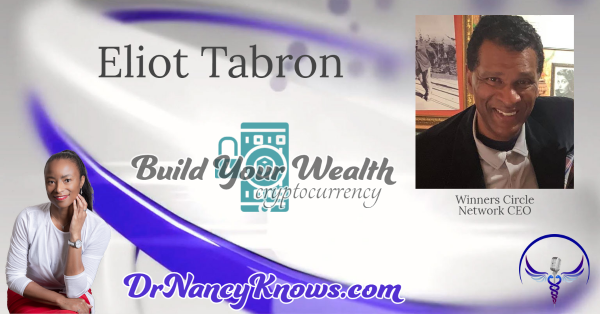 Eliot shares that bitcoin is the grandfather of cryptocurrencies. As an investor and financial coach, Eliot has years of full-time research and personal experience winning in the cryptocurrency market.

The wealth shift is here. Eliot explains “If we miss this then shame on us. We can get healthier, improve our immune and upper respiratory system while having our own home based business, we will get healthier along with getting into the game of cryptocurrency right now for only 500 dollars. As a former stockbroker I can say I have not seen anything like this in my lifetime. Come on everyone, Tesla just bought 1.5 billion dollars of bitcoin, Elon Musk is an influential and a billionaire. Many corporations will follow. Don’t wait another day.”.

“It’s not how much money you make but what you do with it. If you’re a minority and still complaining about corporate discrimination and other excuses why you are not achieving your financial goals this message is for you. There were and still are many success stories of people coming to this country with less than 500 dollars of all colors and becoming financially successful. You may say you just can’t do that or you may say you can. You are right in both cases, the power of words and thoughts. Learn to become an entrepreneur. Invest that stimulus check, at least half of it into something that can multiply. Even though there are risks you have no choice if you want more. If you think putting it in the bank and getting less than 1 percent or blowing it on Gucci is the answer I assure you it’s not. You have a number of better options, #forex #cryptocurrency #homebasedbusiness invest in yourself and believe. Start now. If you want more information about these options direct message me or someone else who has achieved what you’d like too.“

Eliot’s advise is to listen to those who’s own life shows signs of success. Find mentors who have achieved things in life that align with your vision and learn from them. Eliot’s best and most successful clients are teachable and coachable. He shares that they allow mentors to challenge and inspire you. Be positive, vibrant and be excited about going to the next level.

Tabron won the Outstanding Athlete of the Meet award at the 1983 Central Collegiate Conference Championships outdoor meet in Toledo. He equaled the world’s best 400-meter time (45.17) of the year, and was also a member of the champion 1,600- and 400-meter relay squads. During his two years at WSU, Tabron set the school record in the 100-meters (10.31) and 200-meters (20.82). As a freshman he ran a 10.31 in the 100-meters, which placed him third in the NCAA. He was the No. 2 ranked 400-meter man in the world in 1984 and the Track and Field magazine’s pick to win the Olympic gold, until a hamstring injury just months before the Olympic trials did not allow him to compete. Tabron graduated from Michigan State in 1982 with a degree in psychology. *

Introduce Dr Nancy to your friends, colleagues and family